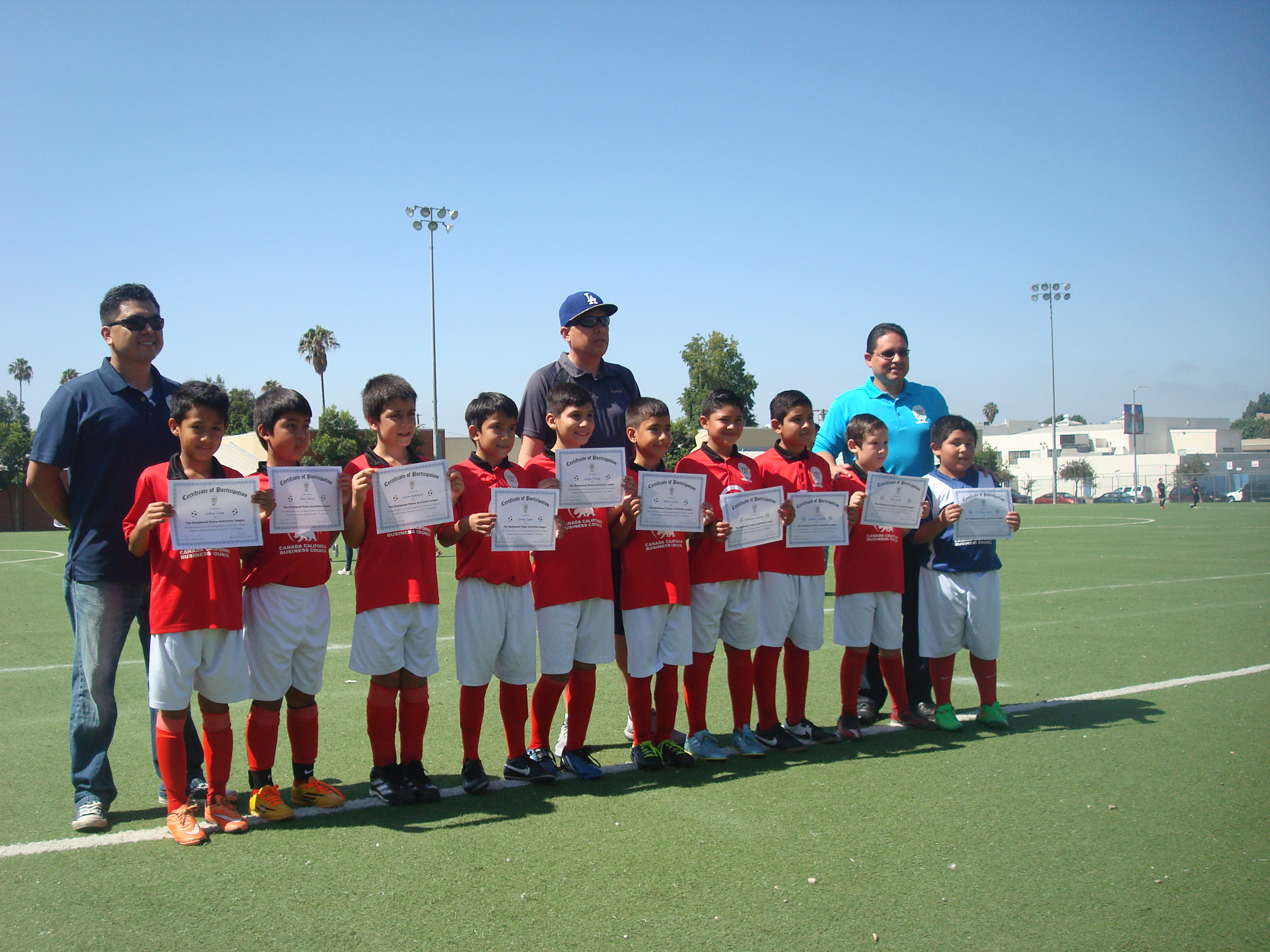 On August 1st, a trophy ceremony was held to award all PAL Soccer players with a participation certificates for the Spring/Summer Season, as well as honor the four winning teams: Pantages FC U8, Hollywood Museum FC U10, Blue Palms FC U12, and Canada CA Business Council U14. The trophies that these teams were awarded will be engraved each season with the winning teams from that division. A new Hollywood PAL tradition for our PAL league. Thank you to all who helped Hollywood PAL expand its soccer program this year. We will continue with 19 teams through the Fall/Winter Season, and are excited to be playing at both Helen Bernstein High School and Hollywood High School. The Fall season will begin September 14th.