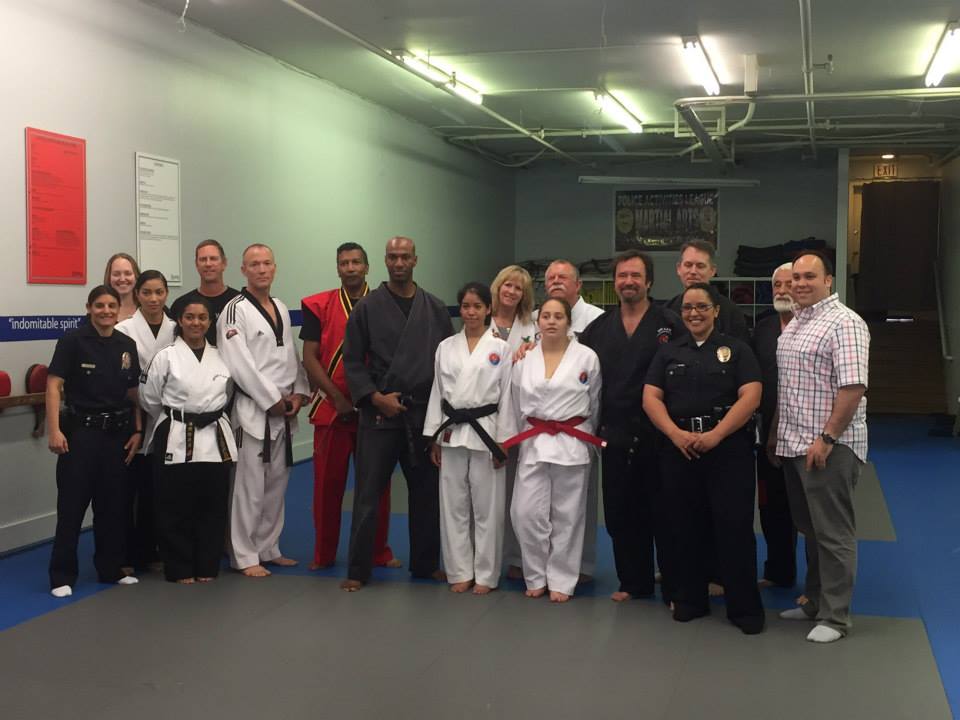 On March 29th, Shantel Leyva, who has been studying with Hollywood PAL for over eight years tested and promoted to Black Belt! Shantel is Hollywood PAL’s 16th black belt. The last to test and pass was Dario Calderon in 2009. Many friends in the community came out to watch and support Shantel, including Robertson Properties who has been donating the Martial Arts Studio to PAL for the past 9 years. The board of judges included John Reed, Robert Lennon, Master Bob White, Barbara White, Virgil Bartolomucci, Master Burnis White III, Ivette Aragon, Karen Aragon, Siaka Harding and Ron Sanchez. All were impressed by her forms, techniques, skills and essay. Congratulations, Shantel, and to all of the other Hollywood PAL Martial Arts students that promoted belts as well.