HOLLYWOOD PAL’S POKER AT THE PANTAGES RAISES OVER $75,000 FOR YOUTH PROGRAMS 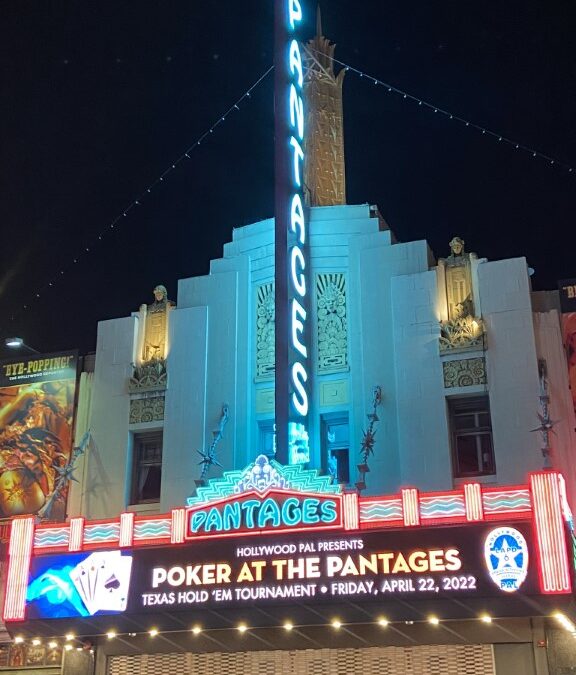 The evening’s attendees included local police and firemen, members of the Hollywood Partnership and Hollywood Chamber of Commerce, representatives from the Los Angeles City Attorney’s Office, and a diverse array of Hollywood property owners and community members.

Jeff Loeb, our generous host and Broadway in Hollywood President, kicked off the evening with a grand welcome and announced the poker event as the first special event ever thrown onstage at the Pantages.

Hollywood PAL Board Chair Roy Condon, Board Secretary Peyton Nealis, and PAL Officer Geoff Lear also helped usher in the night by sharing the group’s mission, which focuses on developing positive relationships between kids, officers, and community members through mentoring and variety of curated youth programming.

Before the tournament began, Roy issued a $3,000 matching gift challenge.  Fellow poker players shouted out their pledges to meet the match in less than sixty seconds!

Over the next few hours, 115 players slowly dwindled down to nine, and eventually Derek Yee was crowned champion!

Congratulations to Derek and the final nine players, but the true event winners were all of our Hollywood PAL kids including Miguel, Yaritssa and the rest of our Martial Arts Team who will now be able to travel and compete in the 2022 USA Judo Junior Olympics in June thanks to our generous donors. 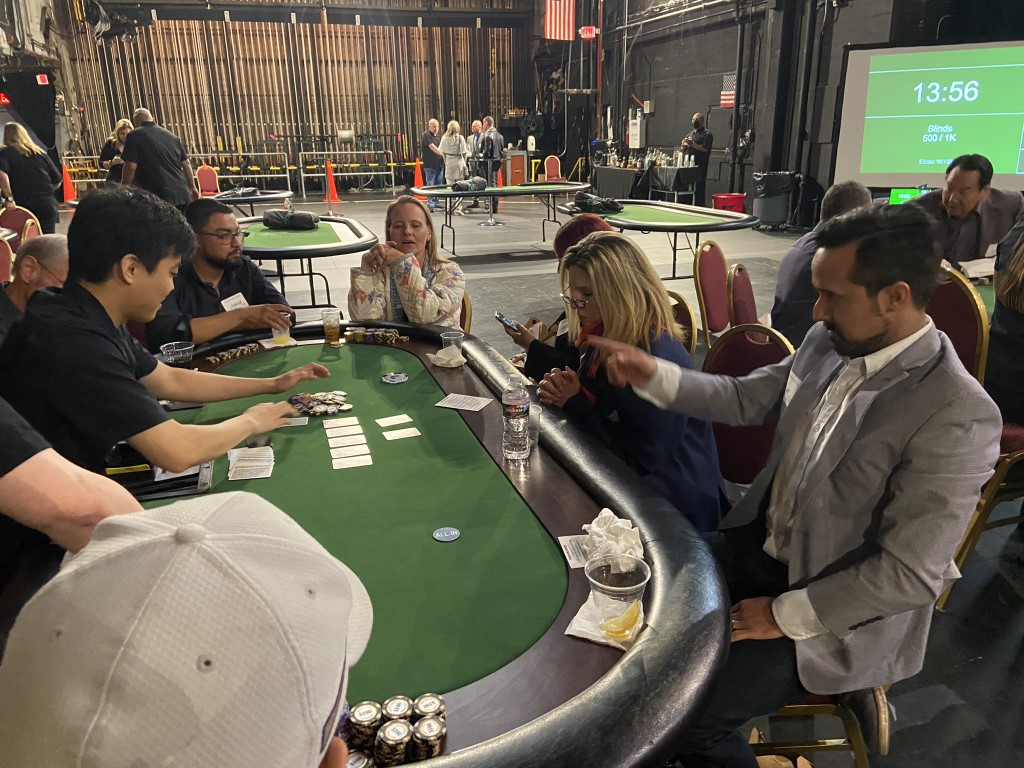 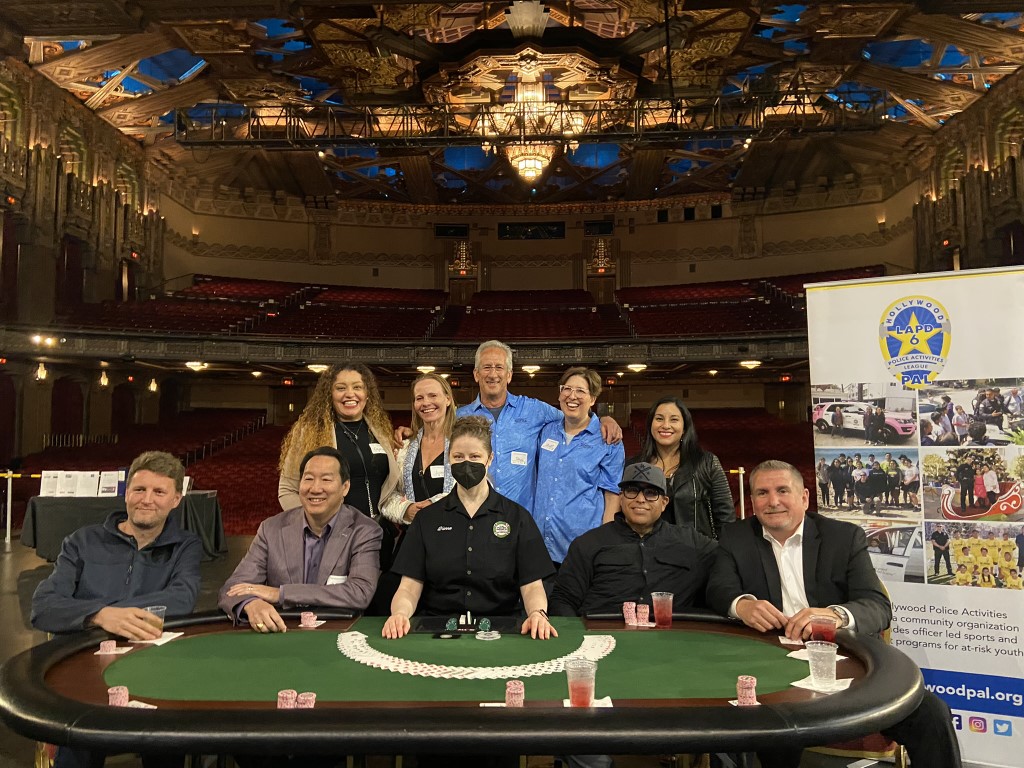 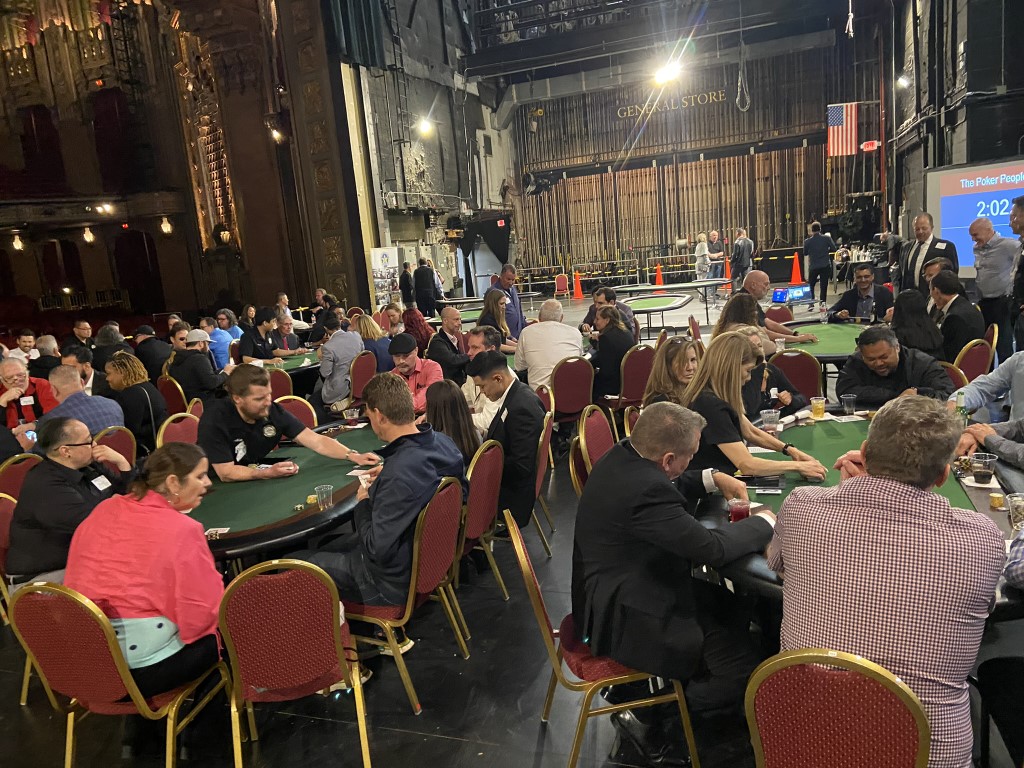