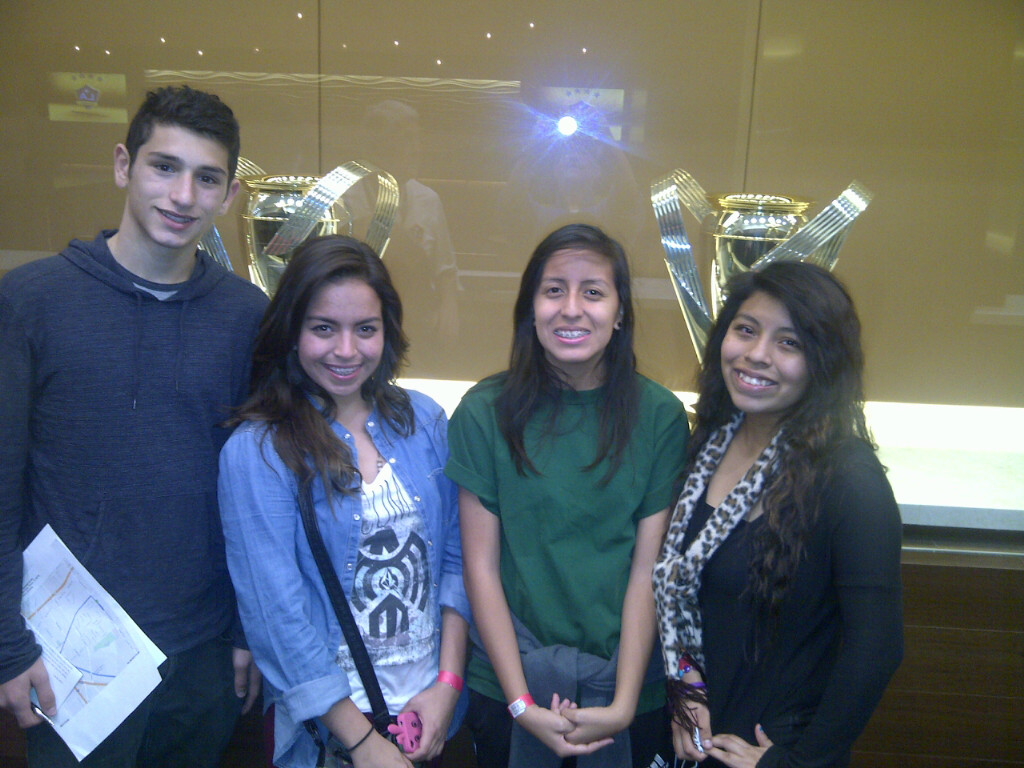 “Upon our arrival into the parking lot, we saw some older women playing in one of the adjacent practice fields. There were a few people standing there watching, but nothing noteworthy. When we walked over there our soccer girls starting getting excited, because they recognized some of the players out on the field. It was none other than our Women’s Olympic Gold Medalists and World Cup Champions! Our PALs were able to get some photos and meet several of the players including Abby Wambach and Alex Morgan.

Once we were in the Stubhub Center, we signed the girls up to do some drills out on the same field where the LA Galaxy won the MLS Cup just last year. Then we met Bill Armistead who took us on a private tour of the Galaxy Facilities. We saw the LA Galaxy business center and then went down to see the locker room where we were able to take photos next to the lockers of their favorite players. After the tour, we grabbed some tacos and headed over to the tennis stadium for a Q&A with Chris Klein and Landon Donavan. Landon had some great comments about the importance of hard work, practice and perseverance. One kid asked him how he deals with bad situations like losing a big game, mistakes and missed opportunities. He said you need to learn how to put the bad situations behind you and not let it affect the way you behave going forward. He said this wasn’t easy for him to learn to do, but it’s one of the most important things to learn if you are going to be a good leader and effective in whatever it is you do in life.”