Over 2,000 Pals in 8 Cities Across the Nation Preview the Movie McFARLAND USA 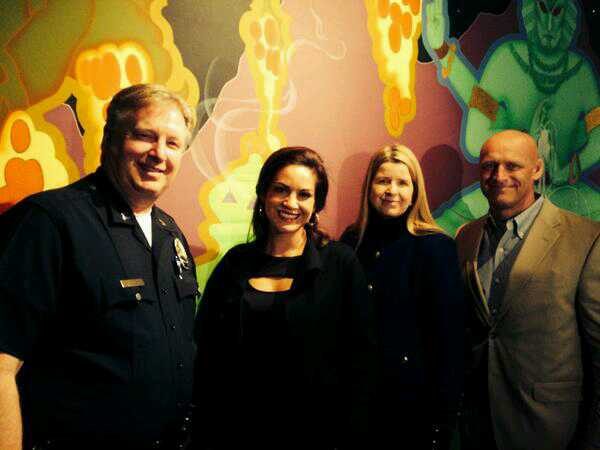 By being a part of the Police Activities League (PAL), you are helping yourself, your family and your community. For those reasons, a specially coordinated national preview of the movie, McFARLAND USA, gave pal kids the opportunity to see an inspirational film about the true story of a coach and his cross country team. On Saturday, February 7th, 2015, pals gathered in New York, Chicago, Philadelphia, Raleigh, Houston, Fresno, San Francisco and Los Angeles, getting the VIP treatment at their local Regal Theatre as well as featured on their local ABC news.

In Los Angeles, El Capitan hosted over 700 pals and sals (Sherriff’s Activities League). Kids came from Hollywood, Hollenbeck, Pasadena, Devonshire, Newton, Palmdale, Century, Compton, Lakewood, and Norwalk. Social media was all a buzz as kids responded to the themes of the movie: commitment to one’s community, the power of relationships, overcoming the odds… We all strongly recommend going to see the film when it opens February 20th!