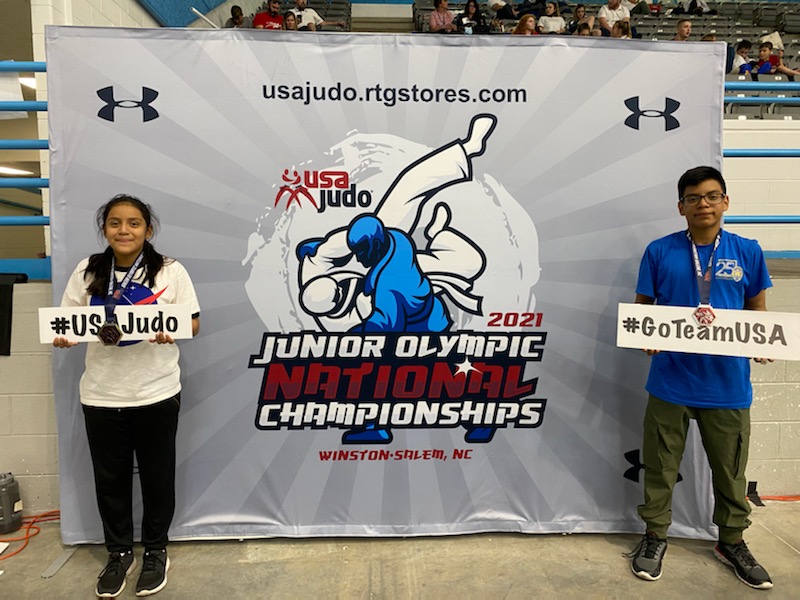 The USA Judo Junior Olympics is one of three National tournaments that give youth the opportunity to compete and rank nationally, as well as to qualify for international competition.  Once again following safety protocols, our kids arrived Wednesday night, for testing and weigh-ins early Thursday morning, with the main events taking place on Friday and Saturday.

Hollywood PAL youth competitors Miguel, Gilberto, Isiah, Derek and Yaritssa fought against youth from all over the country, gaining critical national tournament experience. Though the competition was tough, each one fought hard against their opponents while working their way up the tournament brackets. Derek won 2 of 4 matches before being eliminated while siblings Yaritssa and Miguel kept up their winning streaks to finish at 2nd Place. They were both were excited to bring home silver medals in their divisions

As Hollywood PAL’s Martial Arts team learns the commitment it takes to develop and refine their skills work towards their path to LA2028, the kids will now bring back what they learned in North Carolina to prepare for their next national tournament in Dallas, Texas this November.