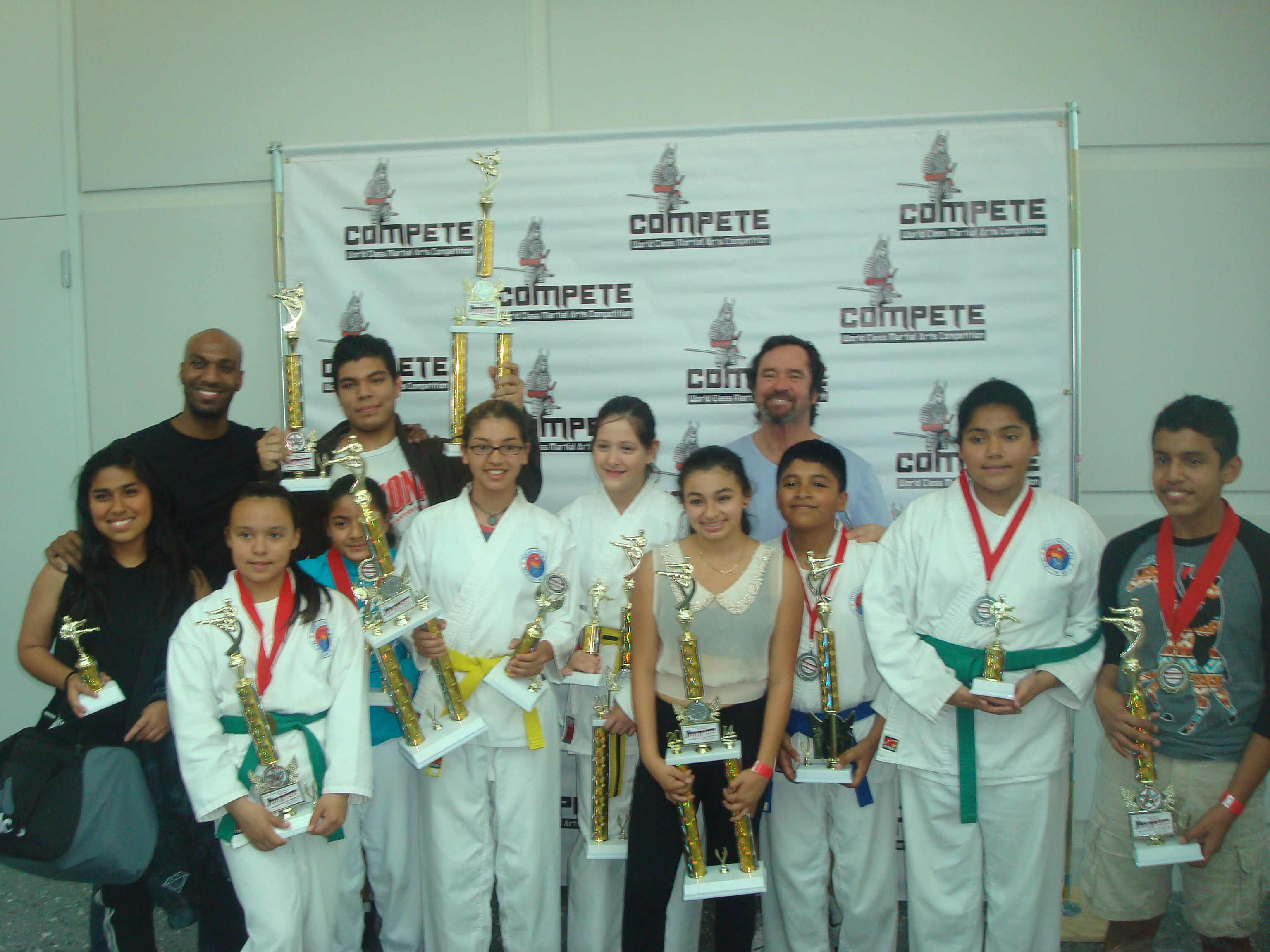 On February 23rd, 16 of PAL’s Martial Arts students participated in the Compete Karate Championships which was held at the Ontario Convention Center.  The Compete Tournament is highly ranked and one of the most competitive tournaments in the Nation. PAL students trained hard, fought well and were disciplined and respectful throughout the event. They received many positive comments about their abilities and about how they exhibited grace and professionalism.  Of our 16 competitors, they won the following 17 trophies in Fighting and Kata competition: Three 4th Places Trophies; Seven 3rd Place Trophies; Six 2nd Place Trophies; and, One 1st Place Trophy.  It was a great learning event for all of the students. Some of our normal champions were eliminated in the early phases of the competition, while some our newest competitors placed in the final three.  The next tournament will be the Bob and Barbara White Royal Family Kids Fundraiser on March 23 in Huntington Beach CA